This special series on “The Pelvic Floor and Anorectal Disorders” is edited by Dr. Lucia Oliveira, Dr. Steven D. Wexner and Dr. Sarah A. Vogler. This Special Series aims to discuss the main anorectal disorders of the pelvic floor.

Lucia Oliveira received her MD from University Souza Marques in Rio de Janeiro, Brazil. She completed a 5-year residency in general surgery and colorectal surgery in Ipanema Hospital, Rio de Janeiro. After her residency, Dr. Oliveira completed a research fellowship in the Department of Colorectal Surgery at the Cleveland Clinic Florida, where she had the opportunity to participate in many scientific activities, winning two awards and publishing 9 scientific papers. After returning to Brazil, Dr. Oliveira completed her PhD in Surgery at the University of São Paulo and was appointed as Chief of a Colorectal Department in an oncology hospital and Director of the Anorectal Physiology Department at Policlinica Geral of Rio de Janeiro, the first Department in Rio de Janeiro where all anorectal physiology tests could be performed. Dr. Oliveira became the primary referral physician, mentor, and advisor in pelvic floor dysfunction in Rio de Janeiro. She is currently the Chief of the Anorectal Physiology Department of Rio de Janeiro and CEPEMED. She is a member of the Board of Alapp Society, the Association of Pelvic Floor Disorders in Latin America. She is also a member of other numerous national and international medical and surgical societies and has published numerous scientific manuscripts, invited books chapters, and has edited 6 medical books, the most recent being Anorectal Physiology: A Clinical and Surgical Perspective, published by Springer Nature.

Dr. Wexner has given a combined 1,196 lectures in 55 countries and his publications include 650 manuscripts; 238 textbook chapters; and 33 textbooks/journals. He is also an editorial board member of 38 peer reviewed journals and Editor/Associate Editor of 5 peer reviewed journals. Dr. Wexner also holds numerous patents and has licensed and sold intellectual property to facilitate and improve surgical outcomes.

Her clinical work is primarily focused on the evaluation, treatment and surgery for pelvic floor disorders. She runs the anal physiology lab at the Cleveland Clinic and leads multidisciplinary clinics and surgeries with urogynecology and urology for the treatment of pelvic organ prolapse. Surgically, she specializes in minimal invasive and robotic techniques. Administratively she is involved in optimizing practice management through best practices in coding, billing and growth strategies. She serves as the Chair of the Pelvic Floor Consortium and Steering Committee for the American Society of Colon& Rectal Surgery. She is a member of numerous national and international societies and has published multiple peer-reviewed manuscripts pertaining to pelvic floor disorders.

Disclosure:
The series “The Pelvic Floor and Anorectal Disorders” was commissioned by the editorial office, Annals of Laparoscopic and Endoscopic Surgery without any sponsorship or funding. Lucia Oliveira, Steven D. Wexner and Sarah A. Vogler are serving as the unpaid Guest Editors for the series. 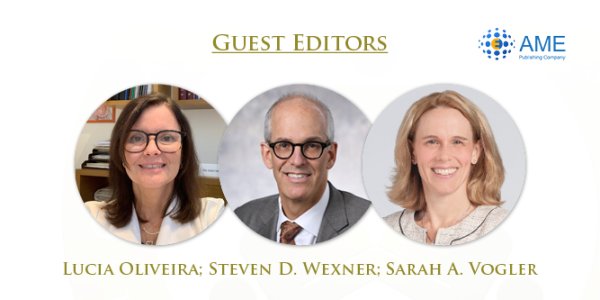